The cornerstone of NAFEO’s work is its advocacy on behalf of the overarching issues and interests of paramount concern to the diverse HBCUs and PBIs, and their stakeholders. NAFEO leads in advocating on behalf of its members in executive, administrative, legislative, and judicial branches of government, by educating and strategically placing before these branches of government the media, national and global outlets, HBCU and PBI students, executives, administrators, faculty, staff and alumni, “the voices for HBCUs and HBIs.”

Annually, NAFEO leads its members in assisting in shaping and championing an HBCU Community Congressional Budget, in working with Members of Congress from both major parties, in both Houses of Congress in reauthorizing legislation of greatest importance to HBCUs, PBIs and their stakeholder communities, and in securing more, and more strategic investments in these institutions and their stakeholders, in 14 congressional appropriations. NAFEO also works with the state legislatures and State Higher Education Executives (SHEEOs) in every state in which there is an HBCU or PBI.

NAFEO played a central role in Advancing the issues and interests of its members in all of the coronavirus special appropriations and in ensuring optimal investments in its members in both the Build Back Better Framework and the infrastructure bill of 2021, which are in final phases of congressional reconciliation. We are having tremendous results as the result of the more diverse Congress, owing to the Voting Rights Act, the tremendous strategic alliances we have forged and maintained through the ages, and the new ones we have established in recent years,  and especially, the tremendous return on the investments in HBCUs.

On November 18, 2021, Kirkland & Ellis announced that it would donate $12.5 million to seven Historically Black Colleges and Universities (HBCUs), nonprofits and community organizations with missions to advance racial justice, equity and civil rights, that would deploy the funds for scholarships, fellowships and public interest internships for students.

The donated funds were statutory fees awarded to Kirkland by the state of Maryland as a part of its landmark $577 million settlement with a coalition of students, faculty and alumni of its four public HBCUs. For 12 years, Kirkland represented the coalition on a pro bono basis, alongside the Lawyers’ Committee for Civil Rights Under Law. The coalition sued the state for failure to dismantle the remnants of its former segregated higher education system. NAFEO laid the foundation for the historic settlement in the Coalition for Excellence and Equity in Higher Education vs. Maryland Higher Education Commission, et al, when it filed the initial Office for Civil Rights complaint against the State of Maryland because of the disparities in funding between its Historically Black Colleges and Universities and its Historically White Colleges and Universities. NAFEO represented the State’s four HBCUs-its members- pro bono for twenty years, before OCR, three Maryland administrative bodies, and the state legislature, before the Lawyers Committee and Kirkland & Ellis took over and masterfully advanced the case to victory. 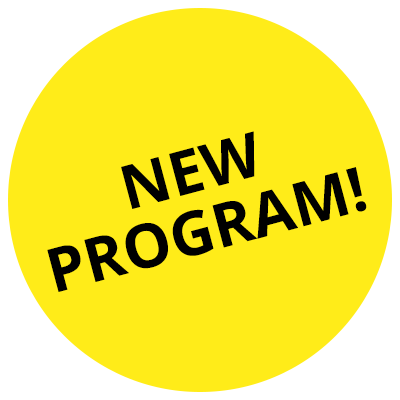 HBCUs JUSTICE ADVOCACY CORPS With the funds from the settlement, NAFEO will launch, train and deploy an elite HBCUs Justice Advocacy Corps—student interns and faculty fellows who will serve on Capitol Hill, in Administrations, state legislatures, non-profit associations, and elsewhere, continuing the 52-year tradition of NAFEO as, “the voice for Blacks in higher education!”

HBCUs LINKING THE SUPPLY CHAIN  With funds from the settlement, NAFEO will support its member institutions graduating disproportionate percentages of African Americans in critical arenas of national need, accelerating the growth of America’s scientific and technological workforce, as a means of addressing the crisis in supply chain management. NAFEO will make resources available for faculty, research, and writing fellowships, research assistantships, internships, other faculty partners, and other types of support.

The Presidential Peer Seminar is designed to provide the HBCU and PBI presidents with information, inspiration, new skills and relationships to enhance their ability to serve at the helm of their institutions, meet the many demands of governance, and better serve their stakeholders. It also facilitates formal and informal meetings among and between government, corporate, NGO, and philanthropic CEOs and CEOs of HBCUs and PBIs in a relaxed setting. The Peer Seminar affords presidents and chancellors an opportunity to build fraternity and to spend facilitated formal and informal time with their colleagues, their mates and with select people they invite to join them because of the vital role they play in an arena central to the mission of HBCUs and PBIs HBCUS, PBIs, or because of a new publication, presentation or innovation they have of interest to members.

A special part of the Presidential Peer Seminar is the Freshmen Presidents’ Boot Camp. The Boot Camp is designed to assist freshmen  HBCU and PBI presidents to get their grounding, understand controlling laws, policies and resources, and to forge relationships important to their presidency. In the past few years, we have had an average of  twenty (20) new HBCU and PBI presidents and chancellors participate in the Presidential Peer Seminar, with about 65 more senior presidents and chancellors.

HBCU Freshmen Presidents’ Boot Camp and Training Institute is part of the NAFEO Presidential Peer Seminar. As the membership and advocacy association for all HBCUs and PBIs, NAFEO provides a range of support services for these presidents. Among the membership services are:

The Freshmen Presidents Boot Camp for new HBCU presidents takes place during the NAFEO Presidential Peer Seminar (PPS) with senior presidents conducting workshops, formal and informal discussion groups for freshmen presidents for one full day during its three-day PPS, then subsequently serving in “on call” mentor-protégé relationships in which the mentors  guide the freshman through the challenges and opportunities emanating from  serving at the helm of one of America’s HBCUs or PBIs. The Freshmen Presidents’ Training Institute Once Freshmen presidents/chancellors complete the “Boot Camp” and the freshmen presidents are assigned a mentor, the presidents who have served at least one full year at the helm of and HBCU or PBI provide training in practical, hands-on matters that they typically encounter, such as budgeting, financial management, accreditation, governance, fundraising, student services, understanding and complying with federal and state laws and regulations, governing HBCUs, and alumni, governmental, foundation and corporate relations.  It also offers skills development in building support networks, civic engagement, marketing, social media management, and community outreach.

NAFEO National Dialogue on Blacks in Higher Education; HBCUs on the Hill, & Salute to Congressional Champions

NAFEO’s National Dialogue on Blacks in Higher Education has been the Nation’s premiere national confab on higher education equity and access: a virtual “who’s who” of  American education, political, social and thought leaders on higher education; the presidents and chancellors of the nation’s 105 Historically Black Colleges and Universities (HBCUs) and in excess of 25 of the 80 presidents of Predominantly Black Institutions (PBIs), federal and state policymakers and executives.  The NAFEO National Dialogue  has brought together administrators, faculty, students, alumni, board members, admissions and academic affairs professionals, procurement officers, human resources directors, student service professionals and others from across the nation. NAFEO’s convenings have attracted business, philanthropic, government, advocacy, civic, faith, constitutional, civil rights, and social justice champions, and student leaders, to exchange information about  America’s HBCUs and PBIs and blacks in higher education.

At the Dialogue, the delegates reach consensus on a multi-year National Agenda on Blacks in Higher Education on which their delegates work for months in advance of the convening.  The National Dialogue includes HBCUs on the Hill Day  which includes congressional visits, congressional hearings or roundtables on the State of  America’s Black Colleges, and a Salute to Congressional Champions.  The National Dialogue also hosts town hall meetings, learning laboratories, institutes, and roundtable discussions.

The biggest plus of Communiversity is that the development is done through the membership association of the HBCUs and PBIs, an independent association.

For more than three decades, the NAFEO internship, fellowship, ambassadorship, and apprenticeship opportunities offer students an opportunity for practical, hands-on experience and career-building service with federal agencies, corporations, small-female, minority-owned businesses, publishing houses, tech companies, and so many other growth and high need industries, and “graying industries.” These career service training grounds, offer  the students an opportunity to learn about the inner workings of federal and state government, corporations and NGOs, while augmenting the knowledge they acquire in the classroom with real life experiences and enriching the targeted workforces.  The opportunities provide the employers/placement centers an opportunity to learn, firsthand, about the excellence, intellectual curiosity, passion, and professionalism of HBCU and PBI students who are excelling in many disciplines, disproportionately in high needs and growth disciplines.